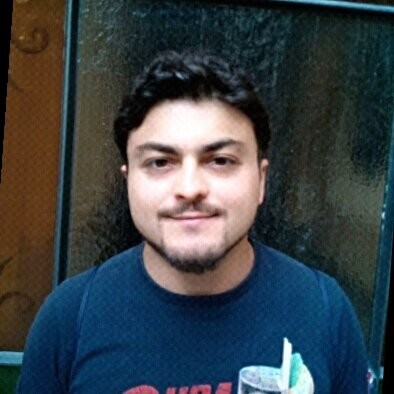 Emotions are, for better or worse, a dominant driver of most meaningful actions and they are a faster system than cognition in decision-making. The purpose of fear is to keep us safe as it activates us to cope with potential danger. It arises with the threat of harm, either physical, emotional, or psychological, real, or imagined.

While traditionally considered a “negative” emotion, the brain’s fear response can be critical for survival, making us able to sense the danger and to figure out a way to escape or fight back.

Furthermore, fear is considered one of the universal emotions experienced by everyone in any culture.

Could you explain how people get scared? (The neurological process)

Fear reaction starts in the brain and spreads through the body to adjust for the best defence, or flight reaction. But the results of the neuroscientific research concerning the right location of fear processing in the brain have always been controversial. The debate is about what are the brain areas involved in fear. On the one hand, some scientists point out that there is no focused neural network for fear, but that far, like the other emotions, are instead processed in a very distributed fashion. On the contrary, others suggest that there is a focused neural network for fear, prominently including the amygdala. The amygdala is significantly activated across neuroscientific studies of fear. It is an almond-shaped set of nuclei in the temporal lobe of the brain dedicated to detecting the emotional salience of the stimuli – how much something stands out to us. Amygdala is also important for reward-based learning, for formation of fearful memory, in controlling movement, and for interacting with other brain systems in a different behaviour context. It is involved in a higher-level processing of context, which helps a person know whether a perceived threat is real, allowing for quick reactions.

The fear response involves also the peripheral nervous system and the adrenal-cortical system. The stimulation of these systems kicks the body into high gear, so it becomes tense and alert. It is responsible for sensations like increased heart rate and blood pressure, dilated pupils, blocked digestion, loss of focus on small tasks since your brain is preoccupied with the fear. Altogether, this is known as the fight-or-flight response.

I think that the increasing of people’s scepticism towards science is due mainly to two different processes, the one psychological and the other communicative.

On the psychological side, anything that’s unpredictable or uncertain increases people’s perception of risk. These unpredictable things include DNA technology, and they affect people differently. For example, it used to be thought that when people are experiencing negative emotions, like fear, they would have a pessimistic attitude and see everything as riskier than if they are in a neutral emotional state. A lot of studies all showing that fear heightens perception of risk. Fear automatically triggers a sense of uncertainty and a sense that one cannot control what will happen. Participants who are predisposed to experience anxiety or fear or who read fear-inducing stories are more likely to say that they are going to take risk-prevention measures.

Other research shows that living a high stress for a long period of time (as in Covid-19 times like these), it does not put people in a proper mind-set to carefully weigh costs and benefits of different actions and decisions. And people in an extended hyper-state of vigilance struggle to distinguish lower threats from higher threats. An extended state of anxiety pushes people to avoid risks.

As regards communication, humans are very susceptible to manipulation by emotionally evocative stories. Fake news could influence our emotions even more than real news stories, as such stories are designed specifically to influence emotions. Public misperceptions surrounding scientific innovation have already impacted the public’s perception of biotechnology and healthcare companies as well. Virtually, every life sciences company has to cope with some degree of scepticism. Pharmaceutical companies, for instance, are already feeling the effects of public distrust of their practices as they struggle to recruit participants for their clinical trials. Patients don’t fully understand their benefits, and instead focus on their risks. Therefore, a significant proportion of clinical trials fail. While these concerns continue to hamper scientific innovation, they are bound to intensify as companies begin to focus more on precision medicine. Precision medicine is not one-size-fits-all, but it is based on individual variability. The genes you got from your parents, and the environment you live in, can influence your health, the symptoms you have, and even how well treatments might work. Life science companies are using patients’ personal health data to optimize medical treatments. The success of these innovative practices and technologies will ultimately depend on patients’ willingness to place their trust in life science companies and share their personal information with them. Meanwhile, the public’s fears over what’s in their food and medication, what businesses are doing with our health data, and what scientists are capable of, are changing business practices in ways that are detrimental to public health, and the discipline of science overall.

There is no simple solution to this problem; but rather, this issue is something that all life science companies need to be aware of and think of constantly to succeed in a patient-centric marketplace. So, companies need to work harder to gain patients’ trust. Emotion regulation and resilience development in people may play an important role in this process.

The photo has been provided by dr. Iarrobino and published with his permission.

Policy support for building retrofitting, the practice of improving the energy efficiency of existing buildings, is creating significant business opportuniti...